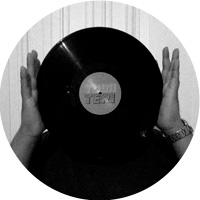 Todh Teri is the revival of Indian cinematic sounds reworked for the modern dancefloor. Todh Teri reimagines the era of disco & cabaret from Bollywood with house, acid & funk infusions. The edits preserve the original flavors of these beloved classics, while making them current. Todh Teri carves a significant niche for itself by keeping an influential piece of musical history alive.

His Deep in India Volumes dish out a collection of feel good grooves that will linger long after you’ve left the nightclub.

Fiercely ambitious to dig out gems from a forgotten past, Todh Teri prepares itself for a string of new releases and touring the globe.