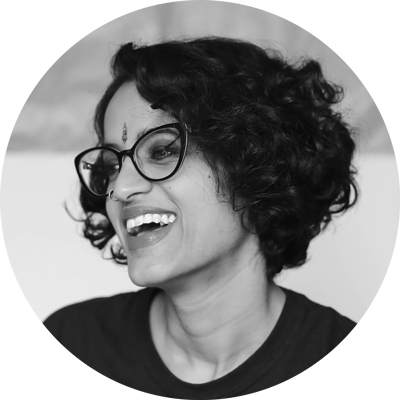 Pravini Baboeram is an artist and activist, creating art to contribute to social change. She has been engaged in community work, translating decolonial theory to grassroots initiatives that challenge institutional racism and colonial legacies.

She is the co-founder of action committee Holi is not a Houseparty, a campaign against cultural appropriation of the Hindu spring festival Holi, and initiator of the Anti-racism Voting Guide. In addition, she led the crowdfunding campaign Tetary Must Rise, which led to the replacement of the statue of colonizer Barnet Lyon by the Hindustani warrior of resistance Janey Tetary. Pravini also set up Indian History Month to celebrate stories and contributions of people from the Indian diaspora.

In 2019, Pravini directed, wrote and produced the music documentary “The Uprising”, a film that offers a decolonial perspective on the resistance movement against racism in Europe. The film serves as an educational tool to engage people in “decolonizing the mind”.